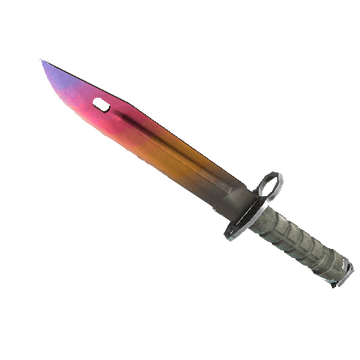 Exterior: Minimal Wear Factory New
Relatively unchanged in its design since World War II, the bayonet still retains a place in modern military strategy. Bayonet charges have continued to be effective as recently as the second Gulf War and the war in Afghanistan. It has been painted by airbrushing transparent paints that fade together over a chrome base coat. This isn't just a weapon, it's a conversation piece - Imogen, Arms Dealer In Training
451.82 570.73
292.81 581.83
Rarity
rare Knife